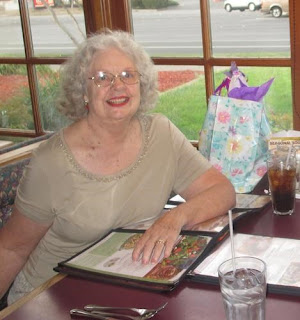 She chose Sonoma County to be her home for 52 years and worked as a schoolteacher at Brookhill Elementary for 32 years.

She graduated from Vallejo High School in 1955,  and received her BA in History from Sonoma State in1970; later she received her Masters in Counseling from the University of San Francisco in 1982.

Carolyn was a voracious reader and an aspiring writer. Carolyn was fond of lunching and laughing with the Seniors in Spirit every week.

She really did love everybody, but especially her husband Phil, her great grandson Andrew Covell and her little dog Posey. She always smiled real big when she saw Andrew.
Carolyn is predeceased by her sons, Mike Schott and Rick Schott.

She leaves behind her husband of 46 years, Phil Fesmire, daughter Cynthia Schott, four grandchildren, seven great-grandchildren and two great-great grandchildren. We miss you so much.

Carolyn was a long time member at the Center and we remember her for her loving kind ways and the joy she shared with everyone.

Neptune Society is handling her cremation. Services will be announced. If you would like to make a donation please support the Heifer Project. 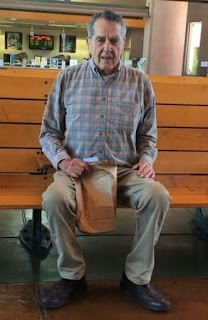 Ernest Steven Vierra was born June 29, 1935 in Visalia, CA to Emma Marie and Manuel Custodio Vierra. He passed away peacefully on February 26th, 2022 in Sebastopol, CA where he and his loving wife Sherry lived.

Ernie was a kind, charming, witty and sometimes downright silly man. Ernie attended Visalia grammar school and graduated from Mt. Whitney High School in 1953. He attended College of the Sequoias and played football as defensive end. He also drove the COS bus and joked that he looked in on rivalry teams practices. Ernie had a wonderful sense of humor!

He worked for the City of Visalia for 35 years and retired at 57 years old to spend more time with his family and to build his own house in Three Rivers, a labor of love it was! Most of his grandchildren were by his side at various stages of the build, digging and moving rocks for the foundation, etc. and have fond memories to share about those times!

Ernie was very active in the Visalia community. He was 3 times President of the Optimist Club, 3 times Chairman of the Tulare/Kings County All Stars Football games. A longtime member of Toastmasters. He also coached Pop Warner in the 70’s, of course they were Championship Teams under his coaching tenure.

Ernie was preceded in death by his parents Emma and Manuel, brothers Manuel and John, sister Mary, his children Sandi and Vicki and too many close friends to name. Ernie is survived by his wife Sherry Hocker Vierra, Daughter Gail Vierra-Lyman, Son in Law Pete Lyman, Sister Rita Vierra Bettencourt-Taylor, 8 grandchildren, 10 great grandchildren and numerous nieces and nephews, 4 stepchildren and 5 step grandchildren.

Mass was held at the St. Anthony’s Catholic Retreat on March 25th. In lieu of flowers your prayers for Ernie and his family will be greatly appreciated.

Here at the Center we remember Ernie by Sherry’s side in so many classes and services. His loving ways and his devotion to Sherry always touched our hearts. 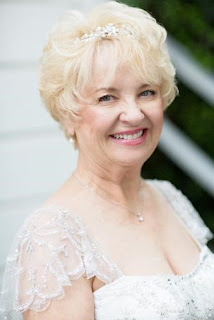 Sandy was born on October 6, 1946 to LaPreal and Dr. R. Dee Robbins in San Francisco, and was raised in Santa Rosa. She graduated from UC Davis and became an extraordinary and passionate teacher, with the majority of her career spent at Piner Olivet Elementary school, where she cultivated a love of arts and artists in her students.  It was there that she met several of her many life-long friends, as she naturally drew people to her.

Sandy loved adventure and traveling with her husband, Art. She loved the water and would dive into the ocean, no matter whether there were sharks, manta rays, or barracudas around her. She was fearless. Sandy had a knack for finding connection with anyone she met, and for warming the room with her smile and quick wit. Her family and friends knew her to be empathetic, loyal, joyful, and vivacious, and she made the world come alive for everyone around her. She had a zest for life. She carried a light inside that brightened the world around her.

Along with her husband and children, Sandy is survived by her brothers Craig Robbins (Susan) and Michael Robbins (Kathy), her daughter's fiancé, Joshua Slater, and her nephews Chris (Ashley), Joshua, and Charlie Robbins, as well as many dear and devoted friends.

Here at the Center our hearts were touched by the beautiful love that grew between Sandy and Art as they toured New Zealand with Dr. Edward. Her bright spirit and loving ways brought light to all of our hearts.

There will be a memorial service on April 30th at The Center for Spiritual Living, 2075 Occidental Road, Santa Rosa at 1pm. All are welcome. 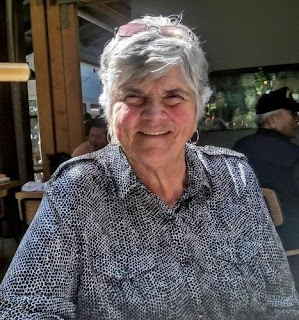 On January 15, 2022, Dianne passed into the realm of peace and tranquility. She loved life and enjoyed so many wonderful friends and professional associates in her lifetime. Everyone she met would comment on her sweet disposition and kind demeanor.

Dianne will be remembered as an outstanding basketball player and coach. Besides "almost" making the Women's Basketball Olympics team. She had championship seasons with the girls at Palmer Jr. High School, Truman High School in Independence MO, Rocky Mountain High School in Fort Collins, CO. and University of Iowa (1982)

Coach Dianne came to California to serve as head coach for women's basketball at Sonoma State in 1984. Later, she was hired to coach at Rancho Cotati High School and Analy High School in Sebastopol (2007) and Sonoma High School (2012).

Dianne was the first woman to sell cars at Hansel Ford in Santa Rosa in 1986. Soon after, she entered a partnership to own and operate the Sebastopol Pet Center. From then on, she became known as the "Pet Lady". She invited local school kids to the store to learn about the huge assortment of birds, fish, reptiles, and rodents that she had on display. She hired local kids to work in the store. She was adored by all.

An avid golfer, Ms. Lloyd won the Women's championships at both the Sebastopol Golf Course and the Windsor Golf course.

Dianne suffered heart failure in 2005 and had open heart surgery. The Pet Center was sold then, and after her recovery she began a new career as a golf instructor at the Links at Bodega Bay and Oakmont Village Golf Course. In 2017 Santa Rosa Junior College hired her as an adjunct professor for the Older Adult Program in  the Aqua Aerobics program.

Coaching kids was her passion; and she did it well. Her other passions included, playing classical music and jazz, being with her dogs, cats, and African Grey Parrot Dorian (whom she raised from an egg). Dianne collected giraffes, elephants, and photos of zebras, which she had on display everywhere.

She is survived by her brother Scott Lloyd living in Dallas, Texas and her spouse of 20 years, Sue Carrell. From Sue:  "Always a smile on her face, Dianne was the Love of My Life; I will miss her with my whole heart and soul."

Here at the Center, we will always remember Dianne for her beautiful heart, generous ways and her love for our teaching and classes. The bright light of Dianne's spirit brought love and warmth to all whom she met and we treasured her friendship.

Celebration of Life Services will be scheduled in March. Please email sue@suecarrell.com to ensure that we have your contact details on hand. 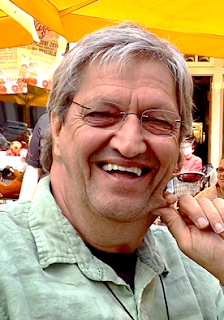 A true advocate for the earth and soil health, Will Bakx of Santa Rosa passed away November 6, 2021. He was 67 years old. During his gentle transition, he was surround by his loving son Xander Bakx, longtime partner Claire Victor, her daughter Ariana Victor and partner Ryan McBoyle and Xander’s mother Vicki Lasin, as well as beloved family and friends-including One Heart Choir member friends and Practitioners here at the Center.

Growing up in the Netherlands, Will gained a deep understanding of resource management. To better support sustainable soil practices, Will earned his MS in soil science from U.C. Berkeley. Throughout his life, Will’s energy, resources and scientific acumen always focused on creating actionable, sustainable and regenerative solutions for agriculture and waste management.

In 1985 he co-founded Sonoma Compost Company, with Alan Siegle, and in 1993 they established one of the first successful countywide yard waste composting programs in the state, widely recognized as a model composting facility.

A sought-after speaker, Will generously shared his knowledge about and passion for the soil through numerous presentations for organizations such as the California Association of Family Farmers, International Federation of Organic Agriculture Movements, Pacific Recycling Expo and Association of Bay Area Governments.

Will helped develop the composting program at Santa Rosa Junior College, serving as adjunct faculty chair and teaching hands-on soil management. Will collaborated with local and state agencies on regulatory issues such as water and air quality and pesticide and disease control. He served as chair of the SRJC Sustainable Agriculture Advisory Committee and worked tirelessly on statewide issues affecting composters, such as clopyralid, Sudden Oak Death, compostable plastics and Zero Waste.

It was Will’s holistic vision and steadfast determination that kept him on his mission for a better environment. Will was brilliant, and gifted with a warrior’s spirit and the strength to speak truth in the face of adversity. He blazed trails for us all, not for personal recognition, but to nurture the earth. His legacy lives on in everyone he inspired and educated.

Our Center remembers Will as a talented photographer, whose conversations were always rich, deep and wonderful. His sense of humor sparkled through his entire being. We were touched by his love and reverence for Mother Earth and all life.

There will be a gathering in early spring 2022 for family, friends and colleagues to celebrate Will’s life. May his indefatigable spirit inspire in each of us a commitment to care for our earth